How easy would it be to find a reasonably priced local tree and decorate it with locally crafted ornaments and lights?  The short answer? – not very.  And not without hitting our pocketbooks pretty hard.

The first thing we did was check with a few downtown Petaluma shops to see if they carried anything from local artisans.  This proved fruitless.  We wrestled with the idea of getting no tree at all in protest, but concluded that a local tree with a few non-local ornaments would be better than nothing, and would bring some holiday spirit into our living room.  So we set out on an overcast Saturday to find ourselves a Christmas tree.  We had seen some pre-cut ones in the Lucky’s parking lot, but $40 seemed expensive, especially when devoid of the experience of cutting it ourselves.  I can see the attraction of keeping your boots clean while buying your tree, but at the same time, there is something especially rural and nostalgic about donning rubber boots in preparation for shopping for a tree. 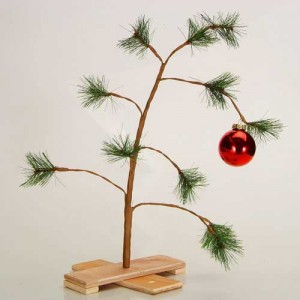 Me in a pair of kicker boots (cowboy boots meant for kickin’ it, as opposed to my fancy courtroom boots) and she in her rubber cowboy boots, we set out in search of the perfect tree…or at least something slightly more respectable than the one we have been watching in the Charlie Brown Christmas special since we were kids.  But first we had to run a couple of errands.  One stop was for a baby gift for a friend’s impending spawn.  Again, we wanted something local, but had to settle for locally bought.  Although the owner of the store talked about wanting to be as local as possible, we later found out that the handmade baby hat we had purchased was in fact made in Bangladesh.  …argh.  There has got to be a better way to connect those of us who want to buy local with those of us who make local. 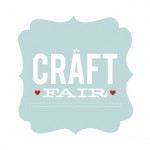 We drove out Magnolia Avenue, remembering that for years there was a Christmas tree lot on one of the sharp turns out past the subdivision housing.  I guess it has been a while since I have driven out that way because the trees were all but gone.  But as we continued driving we starting seeing signs for Larsen’s lot, as well as one out on Liberty.  Our intention was to go to Larsen’s, which I had visited as a kid, but missed the turn so we continue out to Liberty and would hit Larsen’s on the way home if we were still empty handed.  As Magnolia Ave ended at Thompson Lane we saw a small bright yellow sign and arrow which read “Craft Fair.”  Signs of this nature can live on for months and months after their event has expired so we didn’t think much of it.  Plus, we don’t normally visit craft fairs.  But as we pulled up to Skillman Lane we saw an equally bright yellow sign duplicating the craft fair notification we had seen 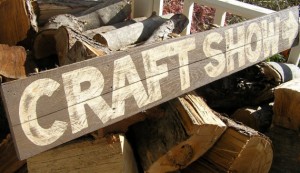 down the street.  This was actually starting to look promising.  With the signs looking so fresh, we might actually be on to something.  The odds of the fair being that particular day AND having locally made ornaments was stacked against us, but we crossed our fingers.

We followed the yellow craft fair signs all the way out past the Liberty Tree Farm and finally found ourselves at the multi-use hall for Liberty School…and it appeared that not only was the craft fair in full swing, but it was hopping!  And better yet, as we approached the doorway leading in, I saw one of my favorite things.  Through the threshold I could see a sign that read “Baked Goods.”  Ya baby!  The one way to get me excited about shopping is to have a baked goods table, or as I call them, a Baked Goods Exchange Booth. 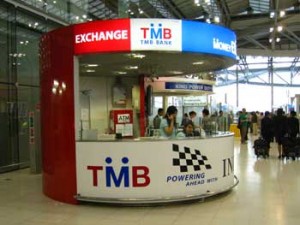 As opposed to thinking of baked goods as economic goods to be bought and sold, I prefer to think of them as precious commodities, to be cherished.  To me, a baked goods table is the culinary equivalent to the foreign currency exchanges I had to use in Europe if I wanted to trade U.S. dollars for euros, or euros for British pounds, or Swiss marcs for euros.  I wasn’t buying a consumable; I was exchanging one 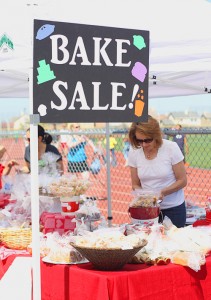 valuable commodity for another.  The only difference is that I never feel like I am getting screwed with fees or a bad exchange rate when I trade my greenbacks for baked goods.  Oh ya, and these “commodities” are also consumables, which I tend to leverage my considerable powers of consumption against, usually in short order.  (It isn’t just politeness that has me offering my partner whatever, and in any quantity, she wants of my baked goods; it is more about the understanding that I eat these treats with such a blind fervor. My consumption happens so fast that I sometimes honestly believe that I must have set some of them down somewhere, because I don’t remember eating the cupcake, or the double chocolate chip cookie, or the car-sized gingerbread house.)  Now, one might think that I 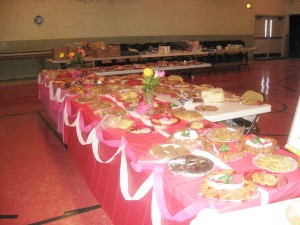 would prefer “free samples”, like the ones that you get at the Costco Members Only Luncheons, but honestly, I would prefer to exchange for my sweets, as long as the money is going to a good cause.  You don’t have to visit too many craft fairs, holiday festivals, or parades around these parts to know that if there is  room for a table, the local high school band, 4-H, Girl Scouts, etc., will be selling homemade goodies.   And the exchange rate is almost always right on point, especially if they want to separate me from my money. 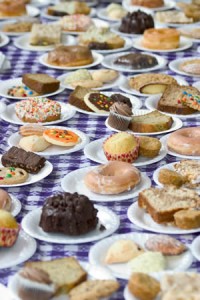 At $1 for my choice of anything on the table, I was in for at least a few bucks.  …you know, for a good cause.  There is something psychological for me about a $1 price point.  The portions could be less than half that of what they might offer for $2, but at $1 both my wallet and my waistline can afford to try a few different things.  And try a few different things I did, all packed with sugary goodness.   But more on that later.

The question remains, did we find local ornaments?