101 North Brewing wins at Battle of the Brews 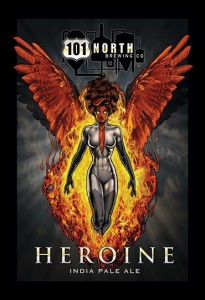 Petaluma’s own 101 North Brewing Company pulled in top honors for their American IPA at last weekend’s Battle of the Brews, held in Santa Rosa. This is apropos because the winner of Petaluma’s upcoming Home Brews Competition, slated for May 23 at the Petaluma Vets Hall, gets to brew their winning recipe at 101 North with brewmaster Joel Johnson, and will have it distributed across Sonoma County. (Entry deadline is April 13, 2015 and can be found at http://www.petalumadowntown.com/brewers-application.html)

The Santa Rosa Battle of the Brews includes the People’s Choice Main Event, along with the return of The Craft Cup and The ‘Wich Hunt. The Craft Cup is a judged specialty craft brew competition featuring a variety of premier micro-breweries from around the country. The ‘Wich Hunt, which highlights the most delicious sandwiches from local chefs. The Craft Cup portion of the event is open only to sponsors and the first 1,000 people to purchase the $95 ticket. It includes beer tasting, the “Wich Hunt sandwich competition, live music, brewing demonstrations, and a raffle. Tickets to the main event are $40

The Battle of the Brews is organized by the Santa Rosa Active 20-30 Club (#50) and proceeds go to help local charities. 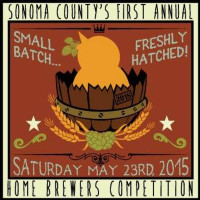 The next stop for Home brewers is the Home brewers is Petaluma’s Home Brews Competition. For beer lovers, we’ll be treated to brewing demonstrations, get to peruse beer merchandise, and vote for our favorite beers. And only the best food trucks will be on hand to pair food with your favorite brews. Partake in the beer games, grab a glass of your favorite beer, and groove to the music of the Dixie Giants. Tickets are $25 and get you a commemorative glass and 20 2oz pours.