How To Fix a Salad 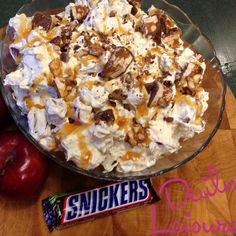 And by “fix”, I mean fix what is broken. If it were natural for me to eat salads, it wouldn’t hurt my stomach so much when I do so. And by “salad” I mean the veggie ones…not the good salads, like potato, macaroni, crab, pasta, Snickers, taco, seafood, egg, antipasto, ham (yes, there is a ham salad), fruit, three-bean, Watergate, Wurstsalat, and caprese salads. I’d even take ambrosia salad over eating a veggie salad, if I thought it would do the trick, but it won’t. It’s nasty ol’ veggie salad for me, for at least the next few weeks..

One might ask why I am eating salads. For those that know me well, or who have ever dined alongside me, I’m someone who avoids veggies at nearly any cost. Not only isn’t it even close to one of my favorite things, but salads are very near the bottom of the list of things I’m willing to eat, but only if push comes to shove. Don’t even bother to talk to me about my health either. I get regular check-ups specifically because of my diet of mostly meats and cheeses, few veggies (other than deep fried pickles) and a bit of ZERT to end out my meals. As of yet my blood pressure and cholesterol are lower than average. So why not bring on the bacon cheese burger with donut buns, instead of eating a salad for dinner? 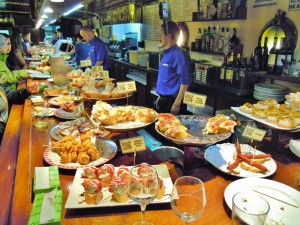 Well, I’ve got a trip to Europe in the works and need to lose some weight. So, I’m on a low carb/low calorie diet. Because I eat everything, and eat it all the time, especially when I travel around Europe, I need to slim down a bit or risk having to pack an extra pair of larger pants for the end of the trip. I could simply eat less, right? Wrong. There is no chance that I’ll have that kind of self-control when I run into so many wonderful things I’ve never eaten before, and that I may never get a chance to try again. …but actually, that’s a lie. I certainly don’t help matters by bracketing each meal with gelato, but I like to cleans my palette before (and after) every meal. I also can’t seem to avoid drinking copious amounts of port wine (…before, during, AND after every meal) but I blame the Portuguese for making is so darn good…and so darn affordable. Regardless of the amount of walking and biking we do throughout our travels, I gain between 1/2 and 3/4 of a pound each day I’m in Europe. That’s right – I was there for 19 days; I gained 14lbs – I was there for 29 days; I gained 19lbs. THAT is just how much I eat when turned lose to try everything within sight…or smelling distance.

…so, I’m eatin’ a salad right now. I’m not happy about it, but I’m doing it. At least it isn’t one of those full-blown-make-it-yourself-from-everything-in-the-veggie bin numbers. Nope, this is the SPAM of salads. If I’m going to do it, I’m going to do it as far from appropriate as possible. This is one of those pre-made salads that comes in its own bowl and takes no thinking, although honestly, the bowl isn’t big enough so mixing the salad is always an issue. I’ve resorted to using a big tupperwear bin so I can mix the salad vigorously without losing too many of the fixin’s. 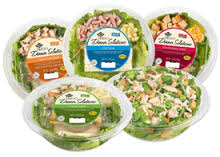 Why a pre-made salad? First off, the less thinking, the better. The more I think about my salad, the less likely I am to actually follow through and eat it. Second, I have a hard fast rule about salads – I won’t touch a salad unless I can eat it with a spoon. I use a fork for everything else, but I want my salad to be spoon-able. If I have to use a fork I’m constantly missing all the good stuff, like the little pieces of bacon and cheese, which always end up at the bottom of the bowl with all the dressing. That means mouthful after mouthful of nasty veggies with just a few bites of good stuff at the end. That’s a recipe for me to not eat another salad for a very long time. When the salad is properly made, it can be eaten with a spoon, which means you get all the flavors in every bite. 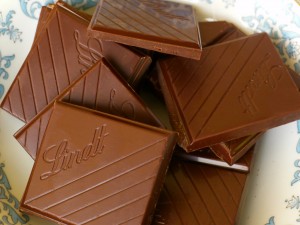 For me it’s important to get all the flavors in every bite because it only takes a mouthful or two of just lettuce and I’m quitting …and going for the Nutella or Lindt Chocolate …or Nutella AND Lindt Chocolate. But previous to getting all the flavors in every bite, I must actually add flavor to this awful mix of greens. I need to do whatever I can to add flavor to this ghastly meal or else I’m never going to make weight.   Of course I could simply douse it with dressing, but I know better than that. About half the calories in a salad are earned from the dressing, which is what makes so many salads such a joke (…and what also makes those salads taste so good.) You aren’t saving yourself anything if you make a 500 calorie salad and then top it with 500 calories of thousand island dressing. Why thousand island dressing? …because that makes veggies taste better. People who eat salads because they like the flavor of salads don’t use thousand island, I know, but for those of us that hate veggies we love thousand island…and use it slightly less than sparingly.

Recognizing that a huge portion of the calories in a salad come from the dressing, my first act upon opening up my pre-made salad is to toss the dressing packet in the trash. I can do better. More accurately, Sonoma Valley Portworks can do better for me. Instead of dressing, I drizzle about 1 teaspoon of their Gewürztraminer Sonomic vinegar over the salad. This stuff is awesome and goes a long, long way to fixing the problem of having to eat veggies.

Next, I add cheese. Yes, I know most people think cheese isn’t low calorie but a little will go a long ways, and besides, dairy doesn’t have nearly as many calories as people think. In fact, check out the calories on the tub of ice cream in your trash can (that’s where mine would be, if I had any right now…) and you’ll be surprised at what you find. And double besides, I’m more worried about carbs right now than calories, and cheese is low carb. 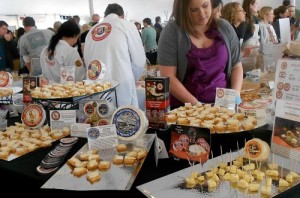 But which cheeses to choose? Obviously I’m not going with some flavorless Monterrey Jack. …I need something grate-able…or crumbly. I need something that’s either young and feisty, or old and strong. Lucky for us, we live in a cheese mecca. I’ll bet we’ve got more artisan cheese makers in Petaluma and West Marin than any other single region in the world. Well, if not the world, at least in the U.S. Not surprisingly, two of my all-time favorite cheeses come from right here in our own back yard.

Most people will tell you that my two favorite cheeses don’t go together…and they are right…but I don’t care right now because I’m simply trying to defeat this awful salad and if that means that one bite is tart and another is creamy and another is sweet and a fourth is tart, sour, sweet, and creamy, all at once, so be it. 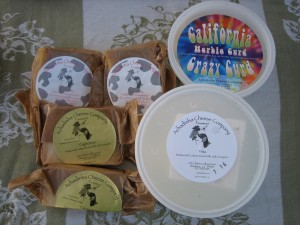 The first cheese I add is from the Pacheco Ranch, here in Petaluma. It’s Achadinha Cheese’s feta. Although I love all their cheeses, from their curds to their hard aged cheeses, that feta of theirs is really something to behold. And I speak as someone who has never liked feta. I have no idea why, it just never appealed to me. But the most important thing for me when dealing with the Achadinha feta is that I get it out of the container, crumbled/sliced/mushed up, and added to the salad in short order because if it spends even a few seconds in front of me on the cutting board I’m going to simply eat it straight. 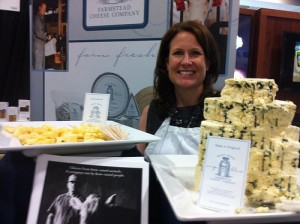 The second cheese I add is another, like feta, that I thought I’d never like. I never like this style as a kid but somewhere along the line I accidentally took a bite of a friend’s burger topped with Original Blue from Point Reyes Farmstead Cheese and I was hooked. (It wasn’t the bite that was the accident. It was taking a bite of something with blue cheese that was the accident.) Now they have one called “Bay Blue” and I think it is even creamier than the Original Blue, although choosing between the two would be like choosing your favorite kid. Better to just love and eat them both. (…the cheeses, not your kids.) Needless to say, if I see PRFC’s Blue on a menu I order whatever the dish is, because it’s worth eating just about anything (other than eggplant) in order to enjoy their cheeses.

So, that’s how I fix a salad. Mix in Sonomic, Achadihna feta, and Point Reyes Blue. …and try to think about how all those veggies are going to mean that I get to eat more charcuterie, cheese, chocolates, and sausage on my trip to Europe.